Is Sweden at the end of your rainbow?

Are you a child and adolescent psychiatrist or adult psychiatrist interested in working with children with different types of mental illness, such as neuropsychiatric disorder, eating disorder, bipolar disorder or psychotic disorder?  Are you looking for an employer that’s passionate about supporting your career progression, and committed to an optimal work-life balance? Are you interested to work at the clinic where you can work as part of a committed, diverse and experienced team, and you share passion for delivering outstanding care to make a real and lasting difference to patients’ lives? Then this position is for you!

The Child & Adolescent Psychiatry (BUP) department at Sahlgrenska University Hospital in Sweden employs around 35 doctors. In order to meet the need for specialized child & adolescent psychiatric care, the hospital is actively working towards increasing the amount of colleagues. You are welcomed by a professional, positive and committed team, and you will be supported by experienced colleagues in the clinic. Inter-professional teams consisting of physicians, nurses, psychologists, counselors, speech therapists, dietitians, administrative secretaries and department managers all work together towards a joint goal.

Team is characterized by:  forward thinking and cohesion.

Team is characterized by: a cook, physiotherapist, occupational therapist and drama teacher.

We expect you to have:

• A license to practice your profession within the field of medicine as a specialized doctor, and this license to be granted to you by European Union country officials.
• A minimum of three (3) years of experience practicing your profession after finalizing your specialization within an EU country.
• You to commit to the free-of-charge language training provided in your home country with a goal to reach a minimum of B2 level of the target language (Swedish) at the end of the training in the home country.

After relocation, you also commit to continue your language studies alongside work until you reach C1 level in the target language. This training  in Sweden will be done during your working hours at the time of your induction period.

Flexible working hours and a convenient location in central Gothenburg make work easy. The work is development oriented with great opportunities to combine clinical work with research. Individual training and supervision are part of our working culture. BUP Göteborg is an evolving department, so the physicians have an important role in the exciting development work that is underway.  All vacancies are tailored to fit different skill levels, prior experience and your individual interests.

Ready to experience the Northern miracle?

Moving to a new country is a big step and we are committed to make sure that your journey will be as simple as possible. We will support you all the way from the very beginning always until you have settled in to your new home country and job.

In order to make sure that you will feel at home, we always hope to find the best match to both you and the hiring employer. 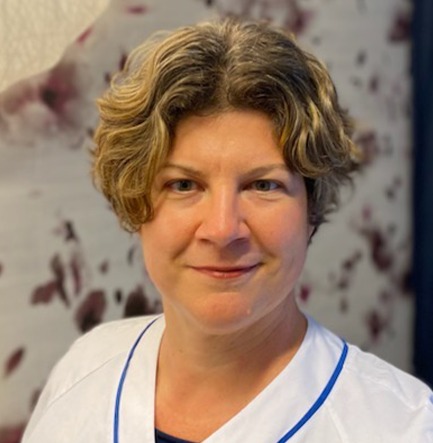 Psychiatrist at the Eating Disorders Center

When: I moved to Sweden in 2006 from my hometown Kecskemet in Hungary.

Why: I read in the medical journal in Hungary about how good it was to work as a physician in Sweden, so after 1.5 years of practicing as a resident physician in Hungary, I moved. I restarted my residency in psychiatry in Sweden while studying languages and doing psychotherapy training, I enjoyed it very much.

What do you like about your job at BUP: The opportunities to work in interprofessional teams I get here are different from what I would get in Hungary. It allows you to take care of the whole picture, if there are several people in the team, you can take care of the whole patient problem. Life here is quieter and I appreciate the sea and the cultural offerings in Gothenburg.

Most difficult: The hardest part has been being so far away from family and friends, but I have created my own family and made new friends here. Now there are inexpensive direct flights so I can go home and visit my family, about 3-4 times a year, and they love coming here to visit too – they love Sweden!

Finally: I would like to say that it is easy to come to Sweden and also to stay here. You get a lot of support and help along the way. Learning Swedish was actually easy, and I'm not even a linguist. 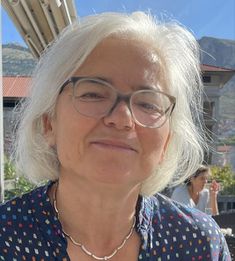 A specialist in the neuropsychiatric clinic

Why: Because of the war in Bosnia, I was a refugee. I was a trained pediatrician in my home country and first worked in pediatrics when I came to Sahlgrenska University Hospital (SU).

What do you like about your job at BUP: Due to a reorganization in pediatrics at SU, I got to try working with BUP patients and I liked it so much that I chose to do a residency in BUP. One of the things that has been very good has been to have supervision during my residency, I got a lot of good feedback. I enjoyed a great development in Sweden, both professionally and financially, which I could never have achieved in the Balkans. And I became a better physician with one foot in both somatic and psychiatric medicine.

Most difficult: The language! My generation had little contact with other languages, although I knew English, but it worked out relatively well. Swedish healthcare was not such a big change, here it is easier with clearer guidelines, there is a lot of information to read to feel confident about what you are getting into.

Finally: One tip if you come to us from other parts of Europe as a physician is to continue to work on your language skills and your professional development, supervision is very good because then you can do your job better, and you get less frustrated and stressed.